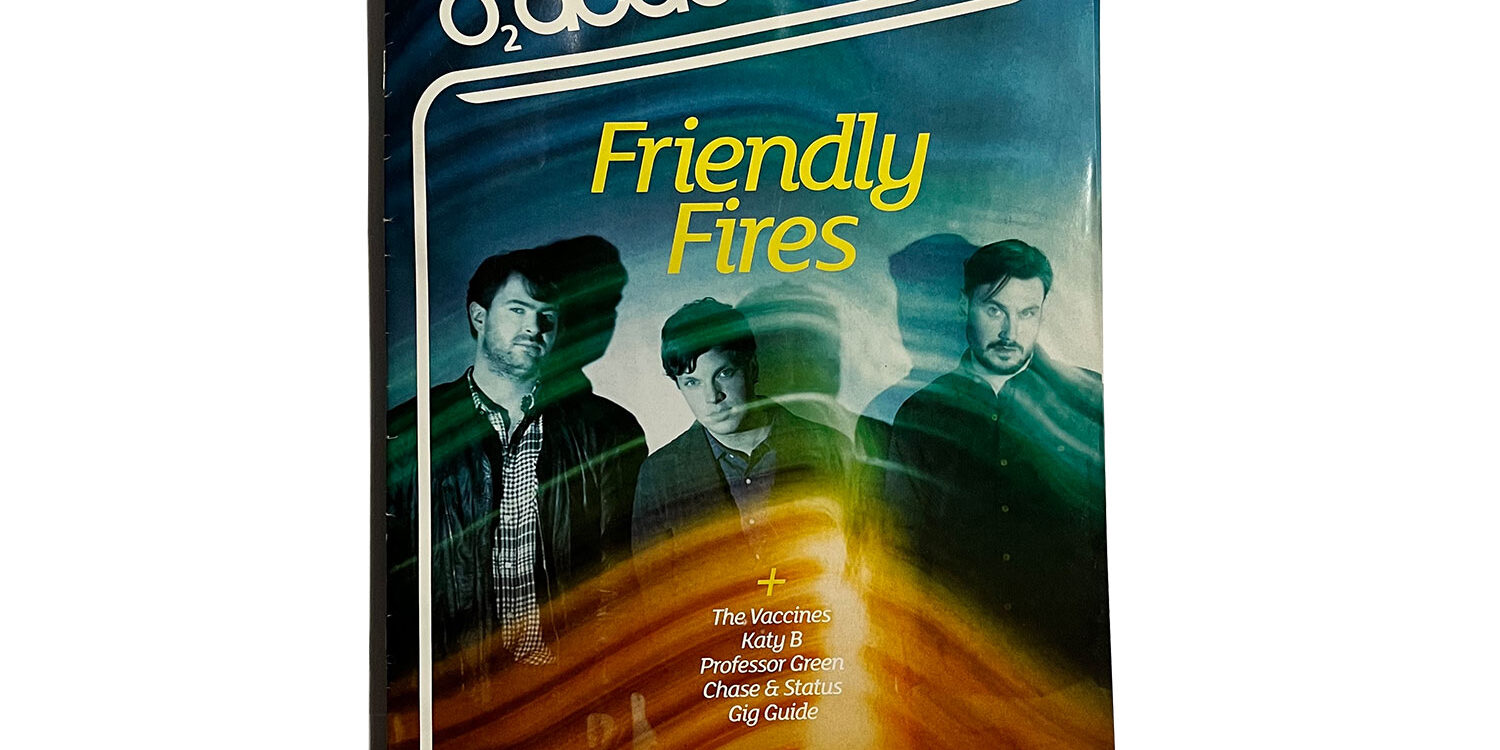 I got asked by an East London creative agency called pd3 to come in and edit the inaugural O2 Academy Magazine. It was A4 and 20pp, free and aimed at Fresher students and gig goers. They printed an enormous 275,000 copies and it featured interviews with Friendly Fires, Katy B, The Vaccines, Chase & Status and Professor Green. It was a bit of a tricky one to do as all the acts were either in America, Japan or Australia or they were deep underground working on another album and not to be disturbed, so it was late night phone calls or round the houses emails. Except the lovely Katy B. She was in London. The trouble was the only time it was possible to interview her meant I was hiding in a horse box on the phone to her from Secret Garden Party as it was the quietest place I could find. The success of this meant O2 and pd3 asked me if I’d become Head of Music Partnerships for O2 Academy TV, which I did for three years (check out the video section of this site for that).